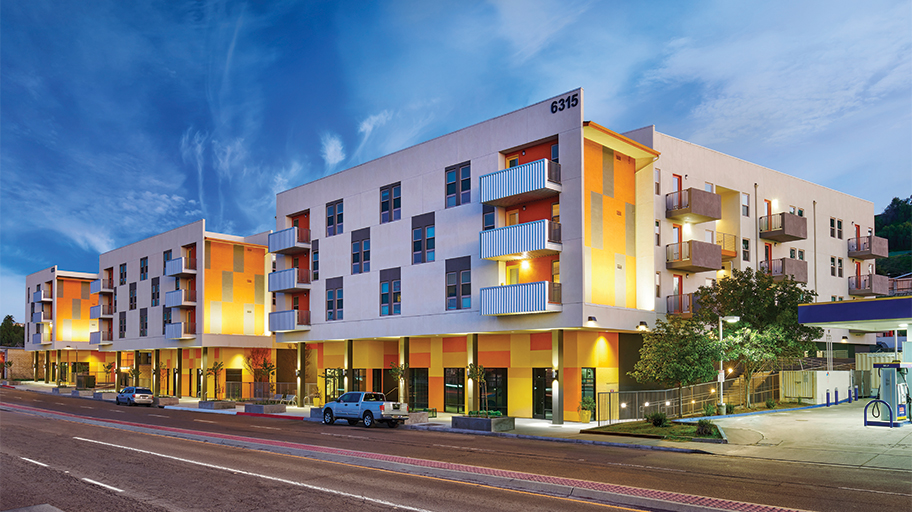 To comply with social distancing requirements, one pool video camera, one pool still photographer and one pool reporter will be allowed on-site. News media outlets are asked to make necessary pool arrangements in advance.

The San Diego Housing Commission and National CORE will provide video of the grand opening to news media after the conclusion of the event.

Visuals:
A short tour of the development will be provided.

A core area of Encanto located across the street from the Encanto/62nd Street Trolley Station, near schools, a park and retail, and envisioned as a growing business and housing corridor, is now home to 65 families with low income—including eight veterans who experienced homelessness—at a new affordable housing development that will celebrate its grand opening.