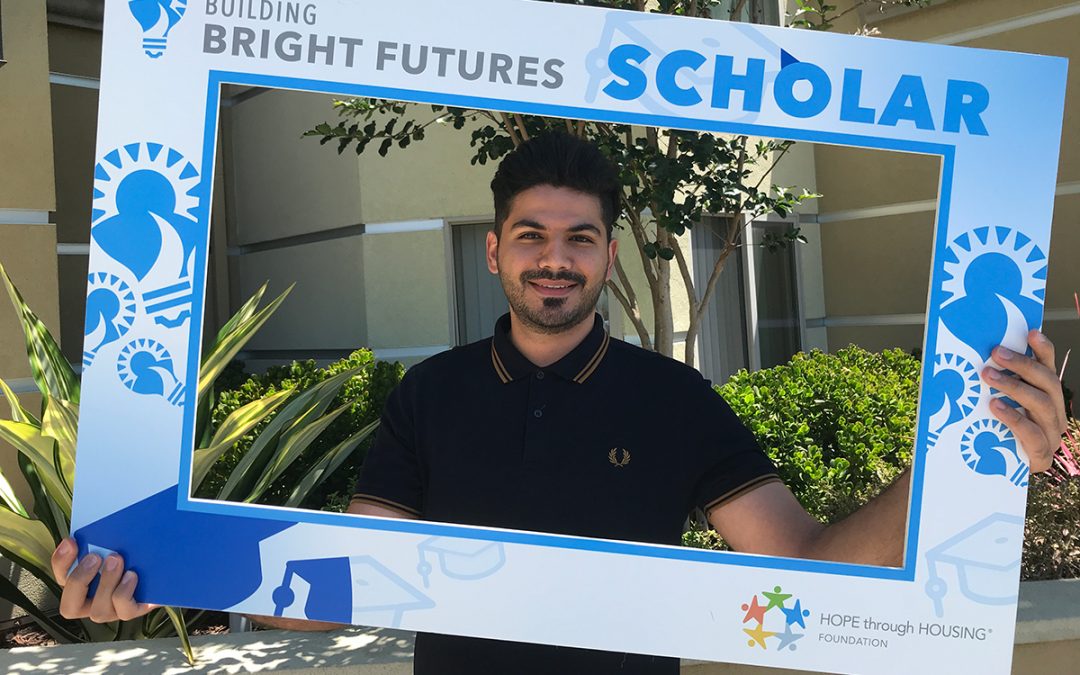 Maziar has a tendency to make hard things look easy and downplay his success. Since a young age, he has shown world-class talent in math and science – in 2011, at age 17, he was one of a handful of mathematicians worldwide selected to participate in the International Mathematics Olympiad. After immigrating to the U.S. in 2015 with dreams of being an astronaut, he earned an internship with the NASA Robotics program and proceeded to be awarded with a Congressional Certificate of Recognition for his research.

But when Maziar arrived in the U.S. seven years ago, he found himself alone, with little money and big dreams. He was the first member of his family to make the move, chasing the freedom to pursue an education.

When he arrived in San Diego, he found that there were new factors preventing him from pursuing his academic dreams, including the high cost of rent. He began working three jobs; at a Macy’s department store, as an academic tutor, and at a research lab studying metabolic disease. Despite his grueling work schedule, Maziar remained committed to his educational dreams. While maintaining all three jobs, he enrolled as a full-time student at his local community college, San Diego Miramar College, studying engineering and physics before later switching his major to Molecular and Cell Biology. When he was able to go home and sleep, he lived in cramped housing.

“San Diego rent is so expensive so we didn’t have much space, we couldn’t afford it,” Maziar says, before quickly changing the subject to a more positive note, describing how his life greatly improved when his family was able to move into National CORE’s affordable community of Vista Terraza. Maziar is humble about his hard work and chooses not to dwell on the challenges he and his family have overcome. Instead, he likes to talk about the future and his gratitude for the supportive community that he has found at Vista Terraza.

Maziar is now on a new career track, studying to become a dentist, with help from a $1000 Building Bright Futures scholarship from National CORE’s dedicated services provider, Hope through Housing. He recently was accepted into the School of Dentistry at Loma Linda University, one of the top dentistry programs in the nation. While at his NASA internship, he had realized that he wanted to work in a field where he would be able to interact with and help people directly. His sister has chosen to follow a similar path, studying to become a surgeon. Maziar said he and his family enjoy living at Vista Terraza, where they’ve found a strong community.

“You have a pretty quiet neighborhood, you have good neighbors, you know all of them, you have some Persian neighbors my mom is friends with,” Maziar says. “Vista Terraza, our apartment, has helped us a lot.”